Get Invisalign for a limited time for only $166/month

*$166/month with financial arrangements, other restrictions may apply*

The clear path to straighter teeth and a more confident smile

Dentistry is an old profession that has changed almost steadily over the course of history.

Imagine what dentistry would have looked like in the 1800’s, or even the 1700’s? Well, luckily for us, people at the time kept deeply extensive records of their lives (mostly because there was no television back then) which includes some crazy stories of development in the dental world over time.

As you can imagine there is a story behind each of these crazy facts, so let’s get into it!

The Founding Father of America has a number of stories that still circulate today about his teeth. So what’s the truth? Well, to start, George Washington never had wooden teeth. That story started because no one ever saw him smile and he’s solemn faced in every portrait, so a rumor started that he was hiding a mouth full of wooden dentures. The real reason he never smiled was simply this: because his teeth hurt. His dental problems were so severe, as a middle-aged man he couldn’t physically open and close his jaw without intense pain.

He’s often credited for being a stoic and reticent man by nature, but as documented by his dentist and himself, his regular silence was directly caused by his aching teeth. He did his best to get treatment, but unfortunately the kind of treatment that he didn’t wasn’t developed by that time. He did have dentures but they were made out of ivory, porcelain, and slaves’ teeth. Mount Vernon has on record a receipt for several slaves’ teeth — nine in total. He had a plethora of dentures, mostly because the technology wasn’t advanced for the time, so the dentures were ill-fitting and even cause his face shape to change noticeably over time. When he was sworn into office as the first president, he actually only had one remaining tooth. The dentist who pulled it 1796 kept it in a small display case hanging off his pocket watch as a keepsake, with Washington’s permission of course.

His dental issues were no secret. In fact, Washington even used them to his advantage during the war! He needed dental supplies so frequently that he would send an inordinate amount of letters regularly requesting supplies for his mouth. The letters were frequently intercepted and once Washington discovered this, he started sending letters with places he would claim to be camping at. The men would then wait on the outskirts of the location and once the British snuck up to the location attempting to surprise Washington, he and his men would surprise the British and attack. This was just one tactic of the guerilla strategy that would ultimately win Washington the war.

Dispelling this story is super short and sweet: there were no such thing as wooden dentures. Why? The composition of our saliva would disintegrate the wood.

Paul Revere, known as a talented silversmith, had a large family to support so he often dabbled in several different fields. Considering he was talented with silver (which is extremely malleable) and was used to working with tiny, fine pieces of metal, he found success in the dental industry. He even developed his own technique for crowning teeth with porcelain and fastening them into the jaw with tiny silver wires. His was well known for the work he did in the mouth of Dr. Joseph Warren. Unfortunately Dr. Warren died during the Battle of Bunker Hill, in an extreme fashion that left his body unidentifiable. When Revere visited Bunker Hill to help identify and bury the dead, he was able to identify Dr. Warren’s body by recognizing his own dental work in the corpse’s mouth. This made Paul Revere the first person to identify a body after death through dental records, “crowning” him with the title of America’s first forensic dentist!

Did the colonists brush their teeth? Not exactly… however, they did wipe the grime off their teeth daily with a cloth dampened with a mixture of water and salt.

No, not the spooky, kooky family on tv from the mid-1960s. Rather, we’re talking about the second and sixth president of the United States: John Adams and his son John Quincy Adams. John Adams, similar to Washington, lost his teeth early on but he refused to wear dentures. Instead, he had a lisp from missing teeth and only spoke when he needed to. His son’s mouth was in even more dire state, after his teeth eroded from mercury he was given as a child. At the time, mercury was the only treatment for smallpox.

At Merritt Mill Dental we’re happy to say that technology has significantly advanced since the times of the American Revolution — duh! If you’re looking for kind, caring, knowledgeable professionals for you and your family’s teeth, you can’t go wrong with our dentist in Salisbury! We may love our history but luckily we love modern appliances more. Unlike the 1700s our office is clean, friendly, and up to date on the most advanced techniques and practices. Call today to schedule an appointment! 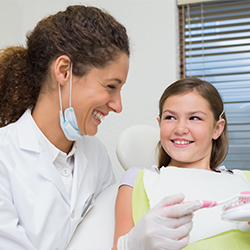 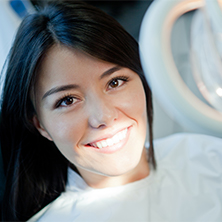 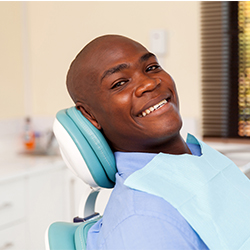 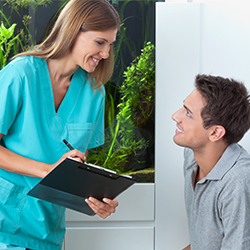